“Let’s give each other a chance,” he said at an event in Delaware addressing those who did not vote for him.

Mr Trump has yet to concede and has not spoken publicly since his defeat was announced while he was playing golf.

The result makes Mr Trump the first one-term president since the 1990s. His campaign has filed a barrage of lawsuits in various states but election officials say there is no evidence that the vote was rigged against him, as he has claimed.

Spontaneous celebrations erupted in major cities after media outlets announced Mr Biden’s victory on Saturday. Disappointed Trump supporters demonstrated in some cities but there were no reports of incidents.

Biden: ‘We have to stop treating our opponents as enemies’

Addressing cheering supporters in a car park in his hometown of Wilmington, Mr Biden said: “I pledge to be a president who seeks not to divide, but to unify; who doesn’t see red states and blue states, only sees the United States.”

Mr Biden – who has won more than 74 million votes so far, the most ever for a US presidential candidate – hailed the “diverse” support he gathered during the campaign, and thanked African-American voters in particular.

But he also reached out to Trump supporters directly.

“It’s time to put away the harsh rhetoric, lower the temperature, see each other again, listen to each other again,” Mr Biden said, without mentioning his rival in the election. “And to make progress, we have to stop treating our opponents as enemies.”

The president-elect, who arrived on stage wearing a face mask, announced that he would form his coronavirus response committee to ensure it is ready to implement decisions from his inauguration day in January, because “that’s the only way we can get back to living”.

The Trump administration’s response to the pandemic was at the centre of the presidential campaign, and drew heavy criticism from Mr Biden, who said his plan would be “built on bedrock science”. The US has reported more than 237,000 deaths, the most of any country.

Harris: ‘You chose hope and unity’

Mr Biden was introduced by his running mate, Kamala Harris, who is about to become the first female vice-president in the country’s history.

She will also be the first black and first Asian-American vice-president when she takes office, following a year that has seen nationwide protests on the issue of racial injustice.

Ms Harris paid tribute to her late mother, an Indian immigrant to the US, and the other generations of black, Asian, white, Latina, and native women who “paved the way for this moment tonight”.

“While I may be the first woman in this office, I will not be the last,” she added.

Reflecting on the election campaign, she told supporters: “When our very democracy was on the ballot in this election, the very soul of America at stake and with the whole world watching, you ushered in a new day for America.”

She added: “You chose hope and unity, decency, science and yes, truth – you chose Joe Biden as the next president of the United States. And the road ahead will not be easy but America is ready, and so are Joe and I.” 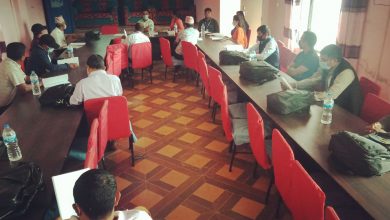 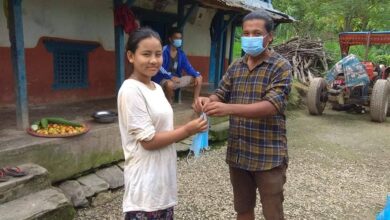